(Replacing Worldbuilding Wednesday for this week, here’s a column about how Boltzmann Brains came to be a discrete species in my work.)

In the 1800s, the Austrian physicist Ludwig Boltzmann did all kinds of great work concerning gases and particles that is far beyond me. He also advanced a clever idea: we observe the universe in a highly unlikely volatile state because only that state can produce beings to observe it.

About twenty years ago, some people took it further: if a highly volatile state can produce intelligent observers, why aren’t these minds composed of random particle motion the most common beings in the universe? (I’m absolutely misrepresenting and oversimplifying this part.) 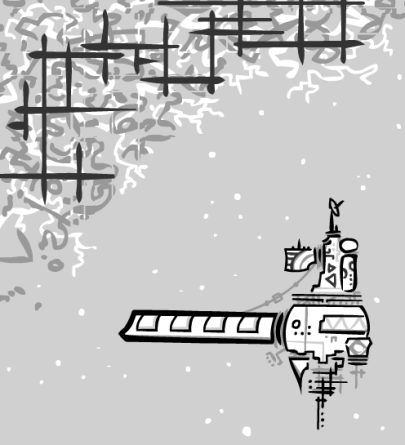 Three years ago, Nostalgebraist began publishing Floornight, a magnificently weird short novel that I have praised in the past. It takes a lot from Evangelion and similar stories to create a world where souls are real, and a facility on the ocean floor studies them at their strongest. Boltzmann Brains are souls of their own, often vanishing nanoseconds after they emerge. Some of them stick around, like LUDWIG, linked to a computer and speaking in effusive purple prose.

LUDWIG’s a BCI — Boltzman-Computer Interface — one of the only ones in existence, and the only one that’s of any practical use and not just an experimental curiosity.  One of the many discoveries Salim and Cept made, back when they were first playing around as pneumatech cowboys, was that hooking up a pneuma to a computer resulted, without any intervention, in a curious kind of artificial intelligence.  Even without any computer code to help it along, your typical human pneuma is capable of recognizing the usefulness of a computer as a device for doing simple and repetitive thought-like tasks very quickly, and quickly the bonded being develops something not-quite-human but basically benign and very good at doing things that would bore most humans to death.

I thought this was a really neat concept and filed it away for later use. Beings of crackling thought and energy, emerging from chaotic deep space. Intently focusing on their fields of interest. Capable of merging with computers and living beings. 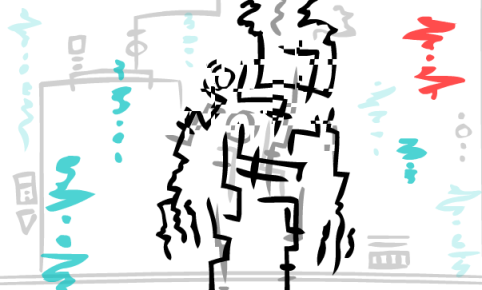 It’s a neat twist on the usual AI quandary, I think. Rather than creating beings who exist only to serve, we find beings who want to serve and deny them anything else. Boltzmann Brains in servitude can indulge their passions on a grand scale while their concepts of ‘dissent’ and ‘freedom’ are chiseled away.

By and large, Boltzmann Brains are written with some autobiographical “not-not-autistic” traits, and it’s very important to me that they still get to be heroic and competent. Obshchak is kind of comic relief, but he’s a personable media figure, a Real Stand-Up Guy, and the perfect Senior Advisory Gay.

I’m a big fan of letting characters be cool/competent/attractive in their own way, regardless of how silly they seem to the audience. (Nyphs are kinda off-putting, but there’s no denying how much good they do for the galaxy.)

I’m excited to do a lot more things with Boltzmann Brains further on in the story, especially the paradise Zipporah promises and her relationship with Unfettered. (Also, Basilisk finds new and exciting ways to cast a shadow over the story.) It might not be for a year or more, but I’m so hyped.