(All Worldbuilding Wednesday posts are here, and as always, you can ask questions about this or any other Parhelionverse thing on the Tumblr blog! These posts aren’t necessary to understand the comic, but they might be handy for summarizing context. Patreon backers can read one post into the future.)

Yima Family internal use only. Leaks will be detected and summarily punished.

SPECIES: Boltzmann Brain
ALIASES/FORMER NAMES: N/A
HEIGHT: 7’2″ (1)
AGE: ~15 standard years (Best estimate)
NOTABLE CHARACTERISTICS: Looking at their face is almost invariably fatal. (If they are calm, and visual contact was very brief, immediate treatment may help. Video or photo recordings diminish the power only slightly. If you must distribute recordings, appropriate censorship techniques are outlined in Appendix B.)

(1) Debates on whether their wispy head-things count towards the height should be confined to the relevant threads. 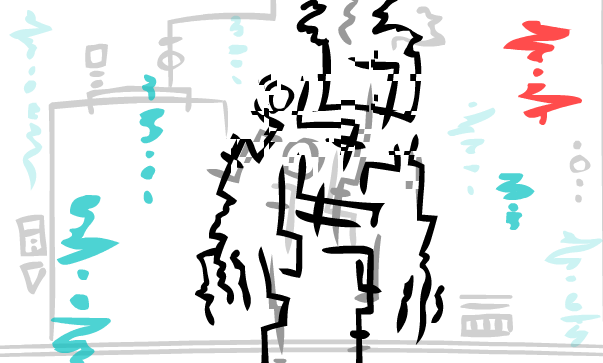 POLITICAL STANDING:
Tenuous alliance with Inkling (She admires Basilisk’s shit-stirring qualities and nothing else, and Basilisk needed an ally)
Mutual indifference with Warden
NEW: Active state of war against Litany (Proximate cause is unknown beyond “something extraordinarily petty”)

ANALYSIS:
Headstrong, abrasive, yet oddly introverted. Basilisk’s territory developed with remarkable speed, but there is little evidence of them taking a principal role in the process. Even now, almost all duties are delegated to an inner ring as Basilisk pursues personal studies.

This is not to say they are aloof and isolated. They keep a close eye on all key events, assigning great importance to any real or imagined personal slights.

As a rule, Basilisk has no desire to make anything easier for anyone. There is no reason to believe they are incapable of normal speech, rather than jagged, ear-piercing static. Maintaining a visage that kills most people on sight requires immense effort, but they have never been observed without it (not that anyone is bold enough to check).

This mindset is clear from their territory. Blunt brutalist blocks of concrete stretch as far as the eye can see. Nearly all of the infrastructure serves a colossal network of libraries and an accompanying intranet. Bottomless archives from all scientific disciplines are available to all citizens. (A portion is reserved for their inner circle; the size is unknown beyond “disturbing”.) The cities are smoothly functional, but the lodgings, dining, and transit are similar to an above-average prison colony. 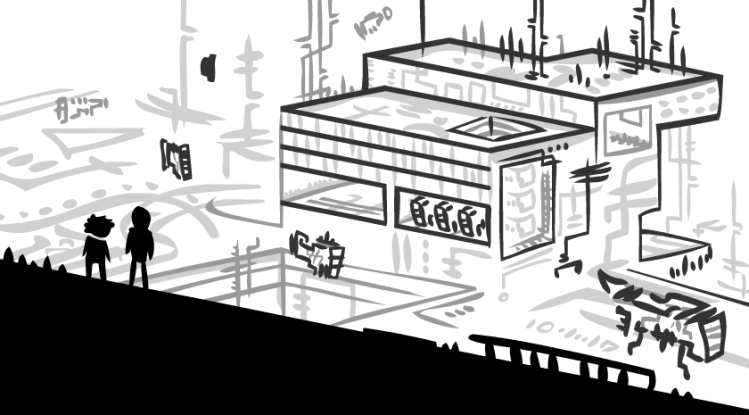 RECENT DEVELOPMENTS:
Basilisk is known for choosing spite over prudence, but they have been pushing the ratio alarmingly far. They demand huge numbers of chemical engineers, experimental physicists, etc. The purpose is unknown, but the research has been given unprecedented security- all espionage attempts have failed, but they clearly expect something that will break their political stalemate.

An all-hands meeting may be necessary to determine Yima’s course of action. Begin preparations.